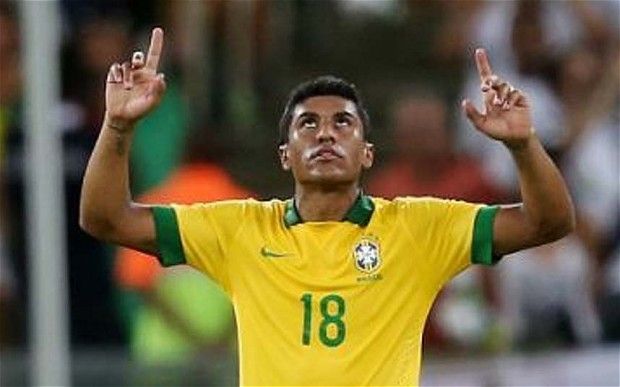 Brazil ace Paulinho believes he will have 'no regrets' choosing Tottenham after agreeing to switch to White Hart Lane from Corinthians in a £17million deal.

The 24-year-old confirmed his move on Tuesday, revealing also that he had been a target for Italian giants Inter Milan.

He insists he is happy with his choice, believing Spurs offer him the best path for his career.

He told ESPN Brasil: "They (Tottenham) made an offer to my agent and to Corinthians, I sat down, analysed the proposal and chose Tottenham. We think it was the best path, the best option.

"I am moving from one big club to Tottenham, another club in a big league. I am sure I will perform my job to the best of my ability. I don't regret and I won't regret [this decision]."
"The moment is not to think about the financial aspect, I have to think about my career. You can earn money anywhere, a guy that earns one million does the same as someone who earns 500 thousand, you need to have a good head.

"I received a huge offer, to earn 10 times more. I played in Lithuania and Poland for two and a half years, and I thought that I would be hidden in Russia, stay far away from the national team, with no visibility.

"I focused on my career first and on the financial aspect later."