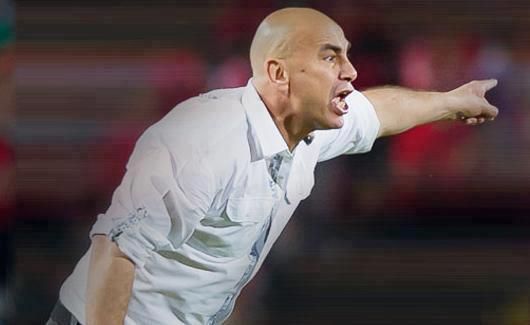 Former Egypt international Hossam Hassan has been lined up to replace Adnan Hamad as the new head coach of the Jordan national team after the 2004 AFC Coach of the Year opted not extend his contract.

"We have discussed the issue of the new coach, and we all found that Hassan had good qualities and we are optimistic that he will be ready to work with the team,” Jordan Football Association (JFA) President HRH Prince Ali bin Al Hussein said on the JFAs official website.

Prince Ali also paid tribute to the out-going Hamad saying: "Coach Adnan Hamad is a role model for Arab coaches. He did great work with the national team over the last few years, and mad many accomplishments with them, but his contract ends this month, and we wish him all the best. We will always remember him with good memories, same as with former coach Mahmoud El Gohari who served Jordan football as coach and technical adviser.”

The late El Gohari, who passed away last year at the age of 74, led Jordan to the finals of the 2004 AFC Asian Cup and the Egyptian icon was also influential in the career of Hassan, having selected him for the national team in 1985 when the striker was 20 years old.

Hassan, pictured with brother Ibrahim at the 2011 AFC Asian Cup quarter-final between Iraq and Australia, went on to score a national record 69 goals for the Pharaohs in a glittering international career that also saw the 46-year-old win three Africa Cup of Nations titles.

Jordan kept their hopes of a maiden appearance at the FIFA World Cup alive in Hamad’s last match in charge as Ahmad Hayel’s header midway through the second half secured a 1-0 win over Oman to set-up a two-leg play-off against Uzbekistan, with the winner battling it out with a team from South America in a further play-off in November for a place in the draw for the 2014 finals in Brazil.

Jordan are currently top of Group A in the Australia 2015 qualifiers having defeated the ASEAN champions Singapore 4-0 at home and are next in AFC Asian Cup qualification action on August 15 when Hassan leads his side against Syria in Tehran.