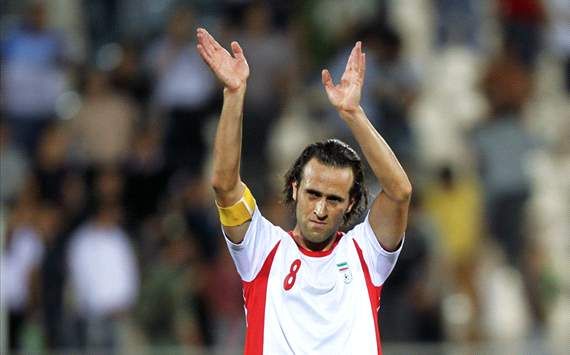 Karimi, who had spells with European giants Bayern Munich as well as Schalke 04, made 127 appearances with the Team Melli with his last appearance being Iran’s 1-0 defeat to Lebanon in the World Cup Qualifiers match back in September 2012.

“I announce my retirement from football tonight. I think it’s better for me to concentrate on my personal life. I also quit my international career, and will no longer play for Iran national football team,” he told Iranian media.

Mahdavikia, the former star of Hamburger SV of Bundesliga, also made decision to call it a quit to his playing career.

“I was really interested in ending my career with a cup. However, this didn’t happen. I’m really sorry for the spectators who came to stadium today,” he told local press after a heart wrenching penalty shootout defeat to rival Sepahan in the Hazfi Cup.

Mahdavikia made 111 appearances for Iran and had two spells at Persepolis with the first one being a four-year stint from 1995 to 1998.