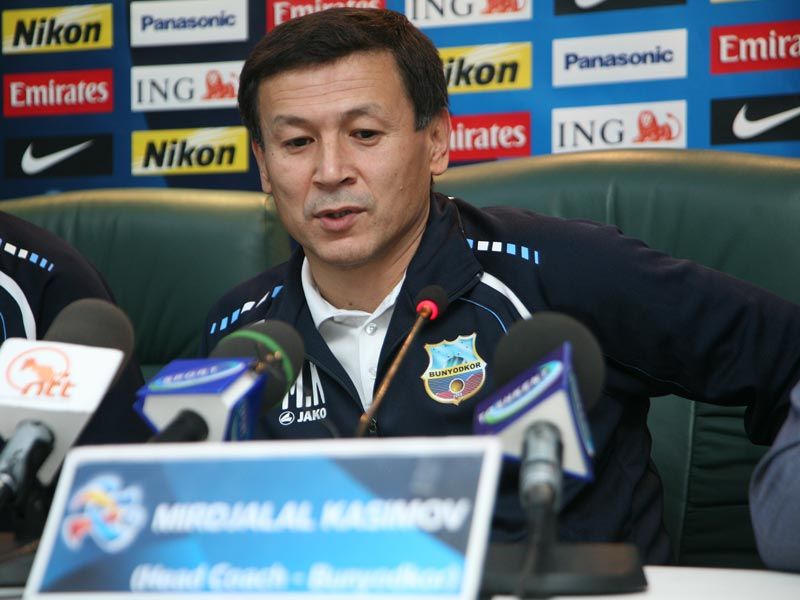 “It will be an interesting game for us and it will be a good test for us to play with Buriram United,” said Bunyodkor coach Kasimov.

Buriram: New Buriram United head coach Scott Cooper will be without captain Suchao Nutnum and Spanish midfielder Carmelo Gonzalez for the visit of two-time AFC Champions League semi-finalists Bunyodkor in the first leg of the last 16 tie on Tuesday, although both defender Osmar Barba and midfielder Anawin Jujeen are eligible to return.
Buriram became the first Thai team in a decade to reach the knockout stage of the AFC Champions League after a dramatic 2-2 draw with FC Seoul two weeks ago secured a place in the Round of 16 ahead of China’s Jiangsu Sainty on goal difference.

But after Atthaphol Puspakom parted company with the Thai FA Cup winners shortly after the draw at Seoul World Cup Stadium, Buriram quickly moved to promote former Leicester City technical director Cooper, who had been working under the former Thailand international striker since the start of the season.

“I am confident that our team can win the first game of the Round of 16 on our home ground since the team has experience of playing with the leading teams in Asia including teams from China, Korea and Japan in the Group Stage,” said Buriram coach Cooper (pictured).

“Even though Bunyodkor are a strong team who also have a good record in AFC Champions Leagues in the last few years, we hope to win the match.”

Cooper, who has made a positive start to his reign with back-to-back wins in the Thai Premier League, must contend with the absences of suspended duo Suchao and Gonzalez although Spanish defender Barba and midfielder Jujeen are eligible to return after missing the draw with FC Seoul.

“We all know that Bunyodkor is a strong team, but if we play as planned we are confident.” said Barba, who is set to take the captain’s armband in place of Suchao.

“I think we do have a chance to enter the next stage.”

Uzbekistan’s Bunyodkor won Group G ahead of China’s Beijing Guoan with an unbeaten record to qualify for the last 16 for a sixth consecutive season.

And coach Mirdjalal Kasimov is boosted by the return of Hayrulla Karimov after the veteran defender missed the 1-1 draw with Pohang Steelers two weeks ago due to suspension.

“It will be an interesting game for us and it will be a good test for us to play with Buriram United,” said Bunyodkor coach Kasimov.

“I have to admit that Buriram United produced a great performance in the Group Stage and we will have to watch out for Theerathon Bunmathan as he plays aggressively.

“But we must do well in the first game of the Round of 16 and I don’t think the local weather condition will affect the team.”
Source: the-afc.com