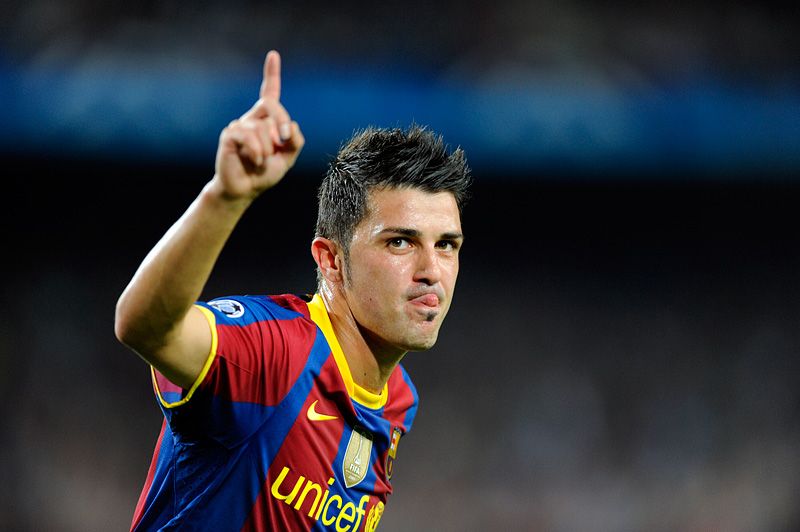 The Liga club look set to beat Tottenham to the signing of the Spain international having reached an agreement with the Catalan giants for a fee that could rise to €5.1 million.

Barcelona have confirmed they have reached an agreement with Atletico Madrid over the transfer of forward David Villa.

The Spain international will move to the Vicente Calderon, subject to the agreement of personal terms and passing of a medical, in a deal worth an estimated €5.1 million, with €3m being paid if Villa remains an Atletico player during the 2014-15 and 2015-16 campaigns.

The Catalan giants will also retain 50% from any future transfer involving the former Valencia striker.

Tottenham had emerged as the front runners to sign the 31-year-old attacker, with Goal exclusively revealing last month that Villa had given the green light over a move to White Hart Lane.

Atletico appear to have gazumped Spurs and won the race for his signature, however, as they search for a replacement for Radamel Falcao, who sealed a big-money move to Monaco back in May.

The Madrid club, who finished third in La Liga last season, had been in the hunt for Sevilla striker Alvaro Negredo although Manchester City now appear favourites to sign the 27-year-old Spaniard, with top target Edinson Cavani expected to join Paris Saint-Germain.

Villa joined Barca in 2010 from fellow La Liga side Valencia and has scored 48 goals in 119 appearances across all competitions.