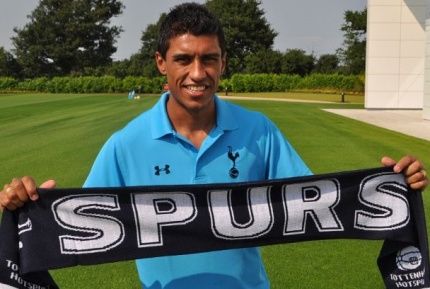 The highly rated 24-year-old has joined the north London outfit from Copa Libertadores champions Corinthians for a fee potentially rising to a club record €20 million.

Tottenham have announced the signing of Corinthians and Brazil midfielder Paulinho.

Goal revealed that the north London outfit agreed a €20 million deal with Corinthians for the versatile midfielder in June, but confirmation of the deal was put on hold until after the Selecao's involvement in the Confederations Cup.

Paulinho shone in the tournament, scoring against Japan and Uruguay in the group stages before helping Luiz Felipe Scolari's men destroy Spain in the final to lift the trophy on home turf.

The 24-year-old flew to England and underwent a medical on Friday before completing the deal, which amounts to €17 million with a further €2m in potential add-ons that would break the club's record transfer fee.