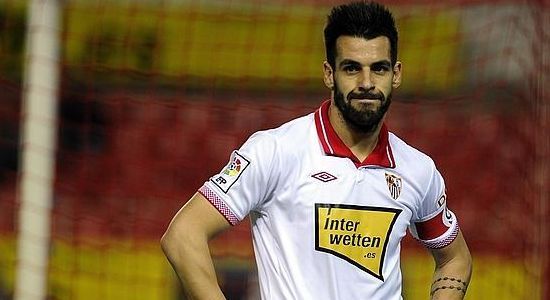 Sevilla coach Unai Emery believes the sale of Alvaro Negredo to Manchester City would be the best result for both clubs.

On Thursday Goal reported City are targeting Negredo and Fiorentina striker Stevan Jovetic to boost their attacking options having missed out on Edinson Cavani, who appears set for Paris Saint-Germain.

Funds are much-needed at Sevilla and Emery has given the strongest indication yet the 27-year-old could leave the Liga club, who are reportedly trying to push his price beyond €23m.

"The most likely situation is that he will leave," Emery said.

"The cards are on the table. Negredo is a very important player to Sevilla and he could continue to be one, either by staying here or by earning the club a big transfer fee.

"We know he could leave, but it would be the best for everyone.

"Our aim is to produce new players that can reach the same heights.

"It's possible the club can't reach an agreement for him, but we are prepared, we have spent some time working on alternatives.

"Of course we're not going to find a player with the same characteristics as him or one who is going to have the same record.

"But we will find players who will be important to the future of this club, and I trust the work the club is doing in that area."