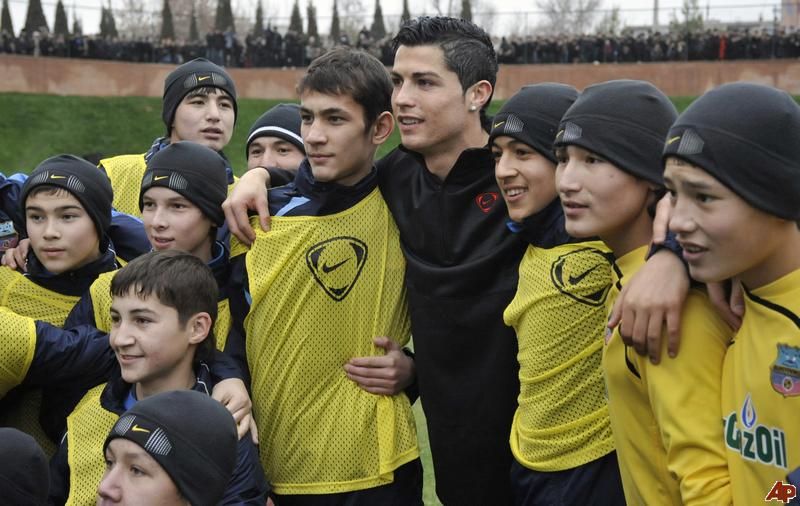 Cristiano Ronaldo has opened a footballing academy in the Georgian capital Tbilisi, an event where he was accompanied by Ukraine's Andrei Shevchenko.

Ronaldo, wearing a white shirt and a cap, delighted the children, chatting with them for quite a long time, and the many fans, for whom he patiently signed autographs. Ronaldo, tanned and smiling broadly, also posed for numerous photos with a football.

Cristiano was also accompanied by Georgia's Kakha Kaladze, who played for AC Milan for nine seasons before hanging up his boots quite recently. He is now the deputy Prime Minister of Georgia, and in charge of Energy and Local Government.

The Portuguese, who has over the past few days taken part in several promotional events in France and in Singapore, said on Friday that his future is all about winning trophies for his present club, Real Madrid. While in Tbilisi he also attended a friendly match between Dinamo Tbilisi, a famous club now fallen on hard times, and Dynamo Moscow.

The match marked the 90th anniversary of Dynamo Moscow, a team whose line-up once included Lev Yashin, dubbed the 'Black Spider', and considered the greatest goalkeeper of all time.