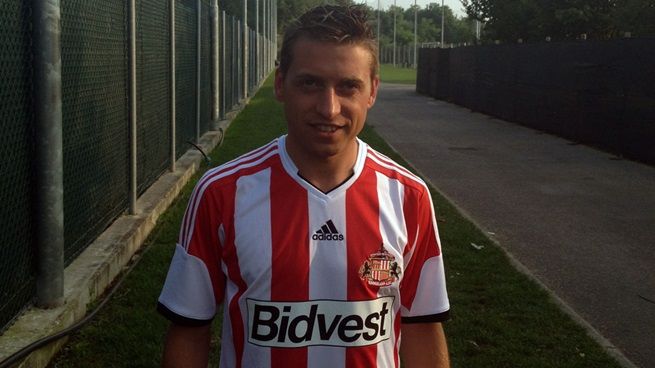 Sunderland have completed the signing of midfielder Emanuele Giaccherini from European giants Juventus.

The 28-year-old Italian international has signed a four-year deal at the Stadium of Light.

He won the Italian Serie A title twice whilst with the club, first in 2011-12 and then again last season.

The attack-minded midfielder, who can play in the middle or out wide, has been capped 14 times for his country and featured twice at Euro 2012 as the Italians finished as runners-up.

He also featured for the Azzurri in the recent Confederations Cup tournament in Brazil.

Giaccherini began his career with Cesena and had loan spells with Forli, Bellaria Igea and Pavia.

He moved to Juventus in August 2011 and made 40 league appearances for the club, scoring four goals before making the move to Wearside.