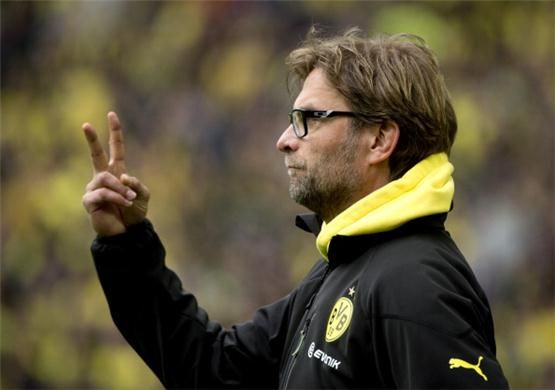 The 46-year-old has stated the Champions League finalists were after both Spaniards, while adding that he sees Jackson Martinez as a good replacement for Robert Lewandowski.
Borussia Dortmund coach Jurgen Klopp has revealed that the Bundesliga giants were interested in signing Isco and Thiago Alcantara this summer.

BVB were in the market for an attacking midfielder due to the €37 million departure of Mario Gotze to Bayern Munich and both Spain internationals had made their shortlist.

However, Dortmund eventually opted to sign Henrikh Mkhitaryan from Shaktar Donetsk as Isco and Thiago ended up at Real Madrid and Bayern respectively.

"We also thought about signing Isco. We are not stupid. We had a look at Thiago Alcantara as well. We saw all of them," Klopp told Kicker.

"It was pretty clear that we would not stand a chance in the race for Isco's signature, though."

The 46-year-old coach then went on to discuss potential replacements for Robert Lewandowski, with the Poland international expected to make the move to Bayern in the summer of 2014, and admitted that Porto star Jackson Martinez is one of the players on BVB's list.

"I have a number of attackers in my mind, but I don't know whether we can realistically sign any of them," Klopp continued.

"Jackson has a lot of qualities that make him an interesting striker. He holds up the ball very well, scores a lot of goals and is always available to receive the ball."