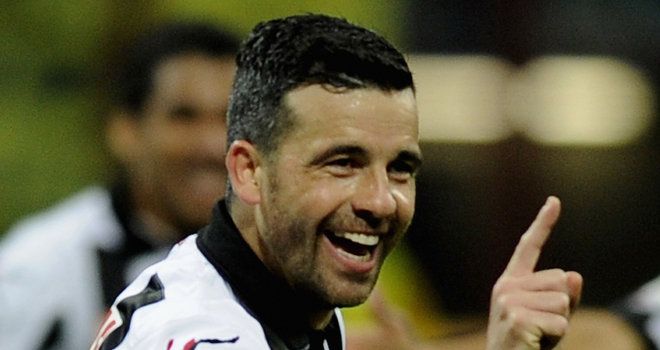 Veteran striker Antonio Di Natale has committed himself to Udinese by agreeing a contract extension with the club.
The 35-year-old Italy international has scored more than 180 goals for the Serie A side and now looks set to end his career in Udine after agreeing a deal that could see him stay until 2016.

The statement read: "Udinese Calcio are pleased to announce they have agreed to renew the contract of striker Antonio Di Natale until June 30th 2015 with an option for a further season, too.

"The number 10 is embarking upon a tenth consecutive season in the Udinese jersey and, as most hoped, is set to end his sporting career in Udine."

Di Natale scored 23 league goals for Udinese last season - a tally he has reached in each of the last four campaigns.