Suarez worth as much as Cavani, says Rodgers Янгиликлар 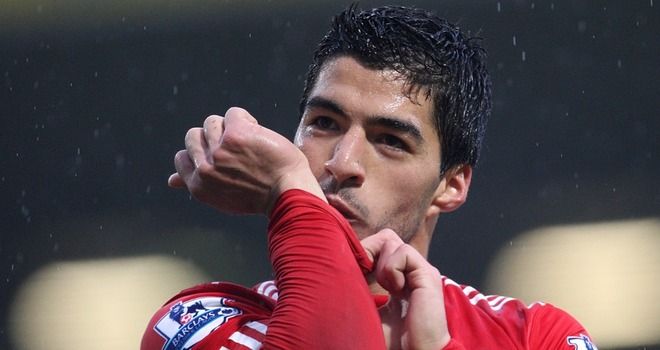 Suarez worth as much as Cavani, says Rodgers

PSG spent €63 million to bring the Uruguayan from Napoli to the French capital, and the Anfield boss insists the ex-Ajax striker would cost just as much.
Brendan Rodgers remains adamant that Liverpool will hang onto Luis Suarez this summer, and says any bid for the 26-year-old would have to match the €63 million Paris Saint-Germain spent on Edinson Cavani.

Goal reported on Friday that Arsenal are preparing an improved offer for the former Groningen and Ajax striker worth up to £40m, but that still falls some way short of the fee Napoli received for Suarez's countryman Cavani.

Rodgers is convinced that the wantaway striker is amongst the best players in the world and says any bid for Suarez would have to reflect his talent, though remains hopeful of keeping the Uruguayan at Anfield.

"When you consider that Cavani has gone for £55million you know... Luis is up there in that bracket of top talent," Rodgers told the Liverpool Echo.

"Obviously it was an offer [from Arsenal] we didn't deem worthy of the talent and even if they came back with that kind of amount [£55m] there's no guarantee he would be sold even for that because we are trying to build something here."

"We are totally in control of the situation, it is one where we don't have to sell," he added. "He has got three years left on his contract.

"We are prepared to get some players in and spend money without having to sell Luis Suarez."