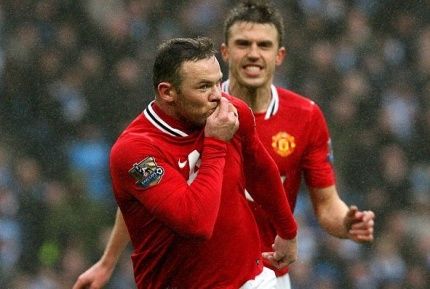 The new manager has given his first press conference since arriving at Old Trafford and insists the wantaway England international will not be sold and will remain a Red Devil.

David Moyes has insisted striker Wayne Rooney is not for sale and will remain a Manchester United player.

The 50-year-old attended his first press conference as Sir Alex Ferguson's successor at Old Trafford and immediately faced questions on Rooney's future at the club.

Despite refusing to state whether the player categorically asked to leave the club, Moyes was adamant that the England international is not for sale and is working well under his management.

"I’m sure it’s a question on your lips and you couldn't wait to get it out, but the fact of the matter is Wayne’s not for sale," Moyes told reporters.

"We’ve spoken several times and I’m saying whatever has happened before has gone, we’re working together now.

"I see a little glint in his eye at the moment. He looks happy, he looks as if he’s saying ‘I’m going to knuckle down, I’m going to get myself right’ and I can only say I’ve been impress with how he’s done."