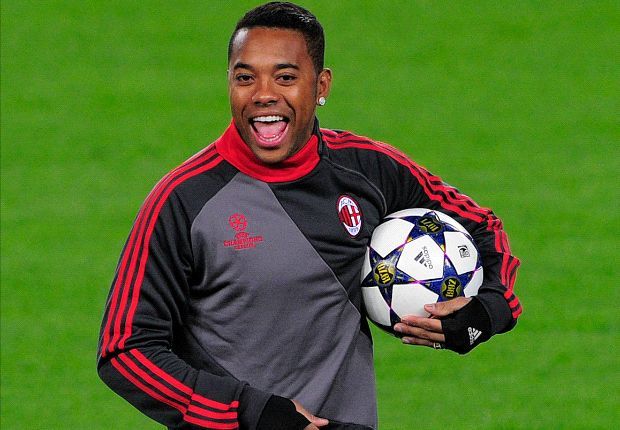 The forward had been expected to return to Brazil from AC Milan this summer but both sides have revealed that a transfer is not going to materialise.

Robinho’s proposed transfer from AC Milan to Santos this summer has collapsed, both clubs have confirmed.

Both sides were unable to agree upon a fee for the former Peixe player, with the forward himself unable to negotiate a potential wage with the Brasileirao team.

A club statement read: "Santos reports that it has failed to reach an agreement for a contract with Robinho this window.

"This club, the player and Milan all tried to get the value and conditions that would allow for the transfer, but even with the effort from all sides, it was not possible to achieve the numbers."

Milan CEO Adriano Galliani went on to confirm that a deal between the two clubs was off the table and that the ex-Real Madrid man will stay with the Rossoneri.

"It is true. Robinho is still with Milan. Santos decided a transfer will no longer be negotiated. The deal is closed," he told Lancenet.

Robinho's contract with the San Siro side runs until June 2014.