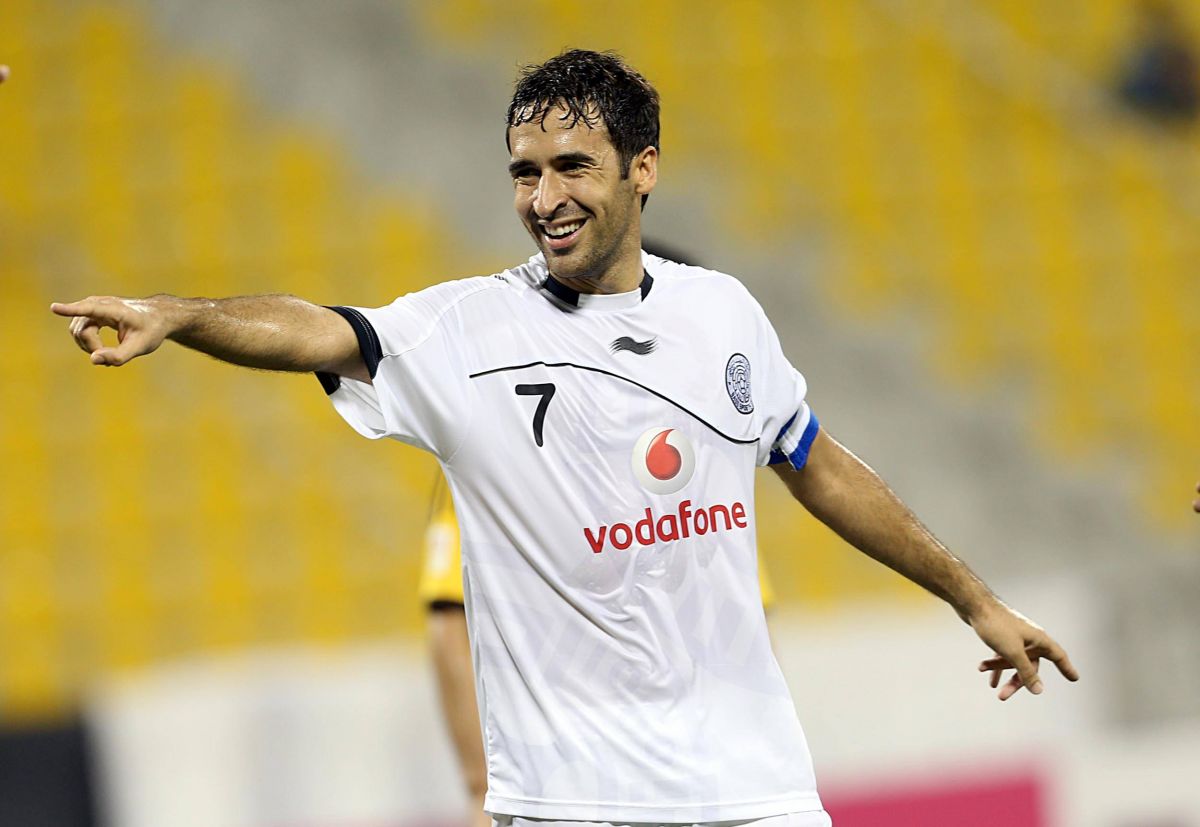 Real Madrid say club legend Raul will be wearing the Blancos jersey for 45 minutes in the upcoming Santiago Bernabeu Trophy clash against the forward's current club Al-Sadd this summer.
The Spanish giants host the Qatari champions on August 22 in the annual friendly game, with the 36-year-old playing one half for each side to celebrate his return.

"Al-Sadd will be the rival of Real Madrid in the next edition of the Santiago Bernabeu Trophy. The Qatari team will play against the Blancos on Thursday August 22 to contest the XXXV edition of the tournament (22:30 hours)," a Madrid statement on the club's official website reads.

"Raul will return to the stadium where he played for 16 seasons. To commemorate this occasion, the former captain of Real Madrid will play 45 minutes with each team."

The former Spain international left Madrid for Schalke in the summer of 2010 after well over 700 official appearances for the Liga giants.

He then spent two seasons at the Bundesliga outfit before joining Al-Sadd last year, helping them to secure their 13th league crown.