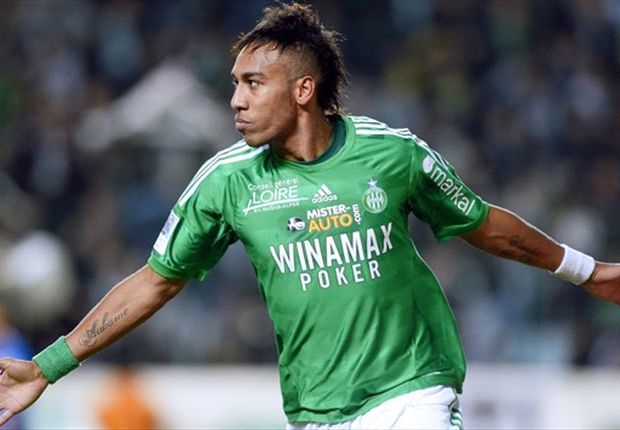 The 24-year-old striker arrives from Saint-Etienne and has agreed to a five-year deal with the Champions League runners-up Dortmund have completed the signing of Saint-Etienne striker Pierre-Emerick Aubameyang for an undisclosed fee.

The Gabon international, who struck 19 goals in Ligue 1 last season, was welcomed by sporting director Michael Zorc as the Champions League finalists look to bolster their attack following the departure of Mario Gotze to Bayern.

“We are very pleased that in Pierre-Emerick Aubameyang we were able to sign a player we really wanted,” Zorc told the club website.

“He is offensively very versatile, has a lot of pace in his game, is a threat in front of goal and will provide us with more options.”

Aubameyang took to Twitter to express his gratitude to his former club.

“Before everything I want to thank this great club of Saint-Etienne, a great family that I'll never forget," said the 24-year-old.

“Thanks and let’s go now BvB, a dream which goes on for me. Thanks lord.”

The former Milan and Monaco man will join Dortmund after their training camp in Austria.