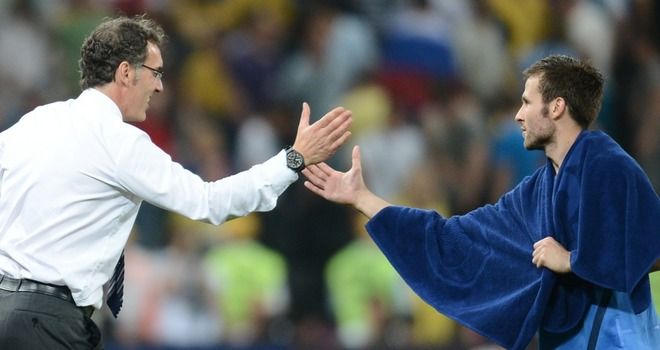 Cabaye's future remains far from certain at St James' Park, and he has been linked with a number of clubs in the Premier League and also back in his native France.

Big spending Monaco and PSG are both thought to be keeping close tabs on Cabaye's situation, and Blanc is a big fan of Cabaye.

Blanc was the French manager when he gave Cabaye his debut for his country, and he has remained a big fan of the 27-year-old midfielder.

"Yohan offers many things in midfield and can play in quite a few positions," said Blanc.

"He is an interesting player, and the midfield will be an area we will be strengthening because there will be departures."

Blanc is also in need of a new left-back and he confirmed he was looking at highly-rated Lille youngster Lucas Digne and former Barcelona ace Eric Abidal.

"Lucas Digne and Eric Abidal are of interest to PSG, if one of the players mentioned happens, it would be a good thing," he said.

Blanc also insisted that he has no plans to sell centre-half Mamadou Sakho - who was frustrated last season under Carlo Ancelotti.

"For me, there is no problem. It is with great pleasure that I work with him," he concluded.