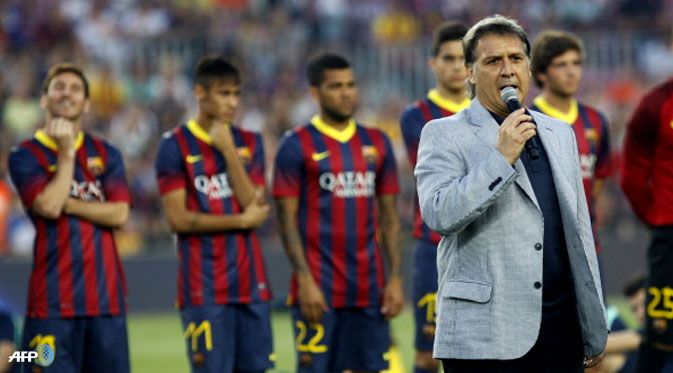 Barcelona head coach Gerardo Martino has revealed he has no contingency plan for the departure of midfielder Cesc Fabregas.
Fabregas has been heavily linked with a move to Manchester United throughout the off-season but Martino expects the 26-year-old Spanish midfielder to stay for the 2013/14 season.

After watching Fabregas score twice in Barcelona's 8-0 friendly win over Brazilian club Santos, Martino revealed he has spoken to the former Arsenal man about his future.

But Martino conceded Fabregas is not locked in to stay, although Barcelona's coaching staff are planning for him to be in the Catalan capital this season.

"Actually, I talked to him and I told him what I think about that," Martino said.

"Cesc, obviously, is going to decide but I am not thinking about his leaving.