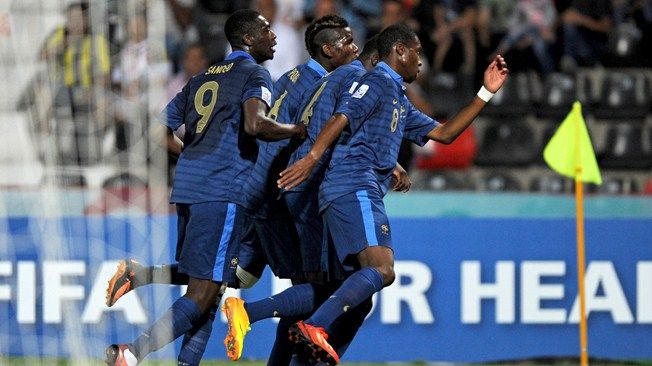 FIFA U-20 World Cup hosts Turkey have been eliminated from the competition after France put on an impressive show to beat the hosts 4-1.

Goals came from everywhere for the French side, who will now face Uzbekistan in the quarter-finals, while Sinan Bakis was able to pull one goal back for Turkey to give the Gazaintep crowd something to cheer about.

Geoffrey Kondogbia opened the scoring for France in the 18th minute when he quickly followed up to volley home after Yaya Sanogo had come out on top in an aerial duel with goalkeeper Aykut Ozer at a corner.

France were not content with the solitary goal, and only minutes later Sanogo hit a powerful shot from 25 yards that looked like it had Ozer beaten, but the Turkey keeper did well to tip the ball over the crossbar.

The tournament hosts were pegged back further when Jean Christophe Bahebeck doubled France’s lead in the 34th minute with a powerful header from six yards courtesy of Lucas Digne’s delightful service from the left side.

After the restart, the hosts pressured the French backline, but were unable to break through. Turkey then conceded a penalty in the 65th minute, but Florian Thauvin wasted his chance to put his side three up when he blasted the ball over Ozer’s goal.

However, just two minutes later the the third French goal arrived as Sanogo broke past the Turkish defence on to a well placed through-ball and the newly-signed Arsenal man calmly finished past Ozer. Jordan Veretout made it four for France in the 73rd minute on a simple tap-in from another great cross, this time from Dimitri Foulquier.

Turkey managed to find their way past the French backline and on to the scoresheet in the 77th minute through Sinan Bakis, who brought the ball down skilfully off his chest and volleyed past Alphonse Areola and into the bottom corner. Bakis’ strike would only prove to be a consolation goal, however, as France locked down their defence and ensured no further chances in the final 13 minutes of play.