Arsenal : €26 million for Higuaín or forget it Янгиликлар 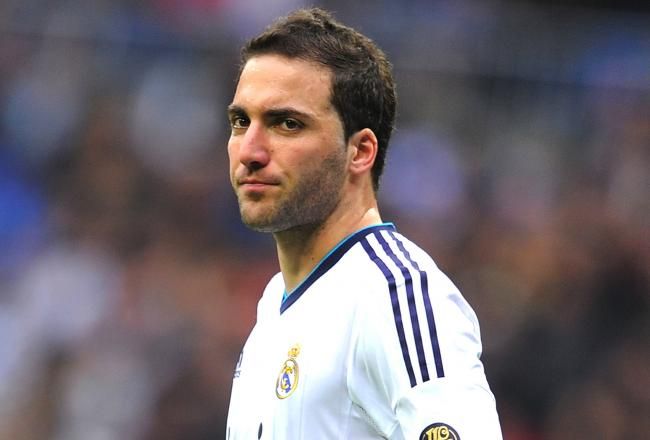 Arsenal : €26 million for Higuaín or forget it

Real Madrid has set a price for Higuaín. It is determined not to go below €40 million.
Arsenal, however, will not budge on its initial offer of €26 million and does not want to pay more for the Argentine.

The London-based club has already increased its offer from €21 million to €26 million after reaching a verbal agreement with the player. Everything seemed to be moving in the right direction, but Real Madrid is not going to accept the amount being proposed. Arsenal has not even put the offer on the table because it knows that the 'Blancos' club will not enter into negotiations.

Arsenal is looking for a forward and it would be a disaster for Wenger not to be able to secure Higuaín for the Emirates team. The French manager, however, has a couple other aces up his sleeve for which the offer would be better than that being put to Real Madrid for 'El Pipita'.

One of them is Luis Suárez, who has also been on Real's radar, and for whom Arsenal has offered Liverpool €40 million - an amount rejected by the Reds, as confirmed by the club's Managing Director, Ian Ayre. The other possible player is none other than Wayne Rooney.

Higuaín, meanwhile, is training with Real Madrid, hoping that one of the clubs interested in him takes the next step but, above all, that the 'Los Blancos' club does its part. The player wants to leave.
Ҳавола :
Манба : marca.com
Янгиликларни Телеграмда ўқинг!
Рейтинг:
Бу хабар билан бўлишинг: