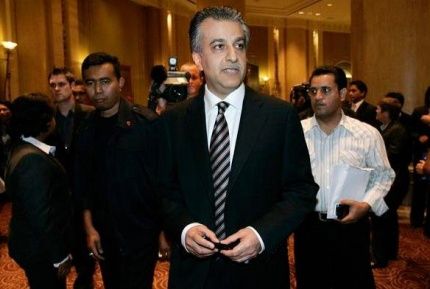 Iraq qualified outright as Group E winners on seven points, two ahead of second-placed Chile and will face Paraguay on July 3.

Korea and Uzbekistan continued their journey in the competition as one of the five best third-placed teams from the group stage.

“Three out of four Asian teams have qualified for the next round in the Fifa U-20 World Cup, which shows the growing stature of Asian football,” Shaikh Salman said.

“Our teams have been a force to reckon with in Fifa age-group competitions and I am confident that the Asian teams will go a long way in the tournament.

“Iraq’s victory over Egypt and Chile and their come-from-behind draw with England in the opener proved that Asian teams cannot be taken lightly.”

“The journey of Korea Republic and Uzbekistan is also encouraging and I would like to wish all the teams very best for their upcoming fixtures."

The Koreans finished third in Group B on four points, three points behind group winners Portugal and two points away from second-placed Nigeria.

The Uzbeks were in Group F, winning their match against last-placed New Zealand before earning a crucial point in their 1-1 draw with Croatia, before ending the group stage with a 4-0 loss to Uruguay.