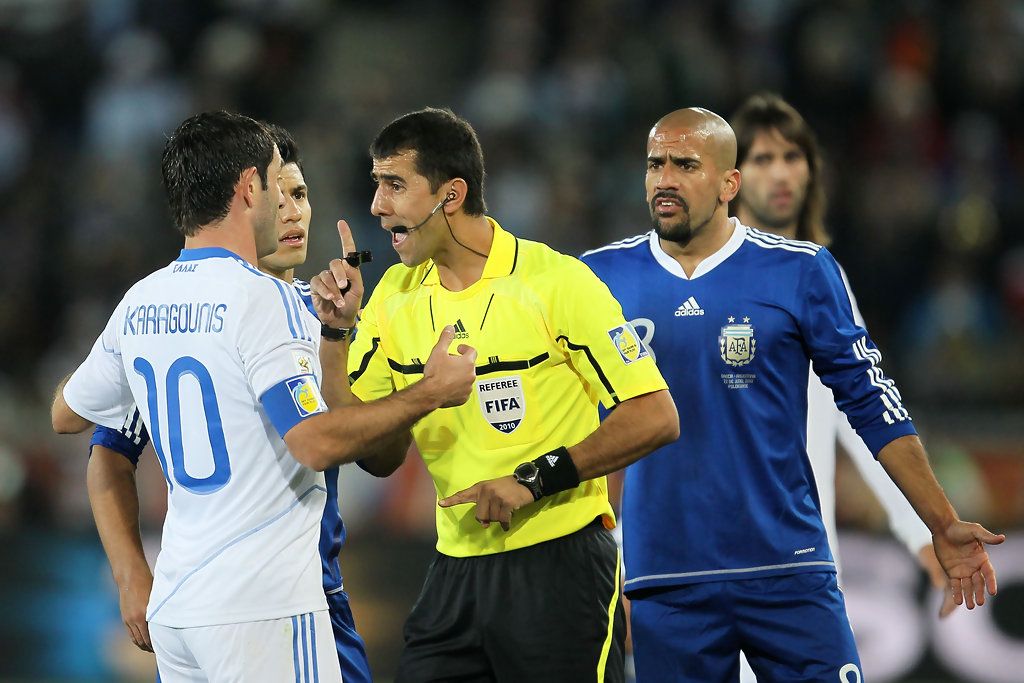 With only a month to go before the FIFA Confederations Cup Brazil 2013 kicks off in Brasilia on 15 June, the ten referee trios have been appointed. The 30 match officials, who represent five of the six confederations, were selected by FIFA’s Referees Committee from a list of candidates for the 2014 FIFA World Cup Brazil™. The complete list can be found by clicking the pdf document on the right.
For almost two years, the candidates have been under the guidance and supervision of former top FIFA referee Massimo Busacca, now Head of Refereeing of the world’s governing body of football. FIFA’s Referees Committee is sending only the best match official teams in the world to this important competition.


“These officials are all potential candidates for next year’s flagship football event in Brazil, and such high-profile tournaments are key to their preparation,” said Busacca. "Like their other colleagues on the open list of 52 overall candidates for 2014, they can officiate matches at any level. We are convinced that they will deliver the quality we strive for."

Preparations for the match officials have been conducted under the guidance of FIFA's refereeing project for the road to the 2014 FIFA World Cup Brazil™”, which includes preparation seminars with practical and theoretical sessions. In addition, the referees are being supervised and monitored on an ongoing basis by the world's best referee instructors.

For FIFA’s Head of Refereeing, it is essential to ensure that the best match officials worldwide are selected for all FIFA competitions. “We prepare like a football team, like players do, paying special attention to uniformity and consistency, fair play, protecting players and the tactical approach. Everything must come together now, in this very important competition, which has some of the best players and a world-class line-up of teams,” explained Busacca. “We will work mainly on the tactical and technical aspects. This very important preparation is needed so that we can anticipate and prevent any possible issue, with one of our main goals being to ensure that we are in the right place at the right time.”

During the FIFA Confederations Cup Brazil 2013, the referees will be supported in their difficult task by goal-line technology.

The FIFA Confederations Cup Brazil 2013 will be held from 15 to 30 June in six FIFA World Cup™ venues across Brazil. The tournament features four teams who between them have won 12 of the 19 FIFA World Cups™ held so far: reigning world and European champions Spain, EURO 2012 runners-up Italy, South American champions Uruguay and hosts Brazil, who are being joined by North and Central America and Caribbean champions Mexico, Asian champions Japan, African champions Nigeria and Oceania champions and newcomers Tahiti.