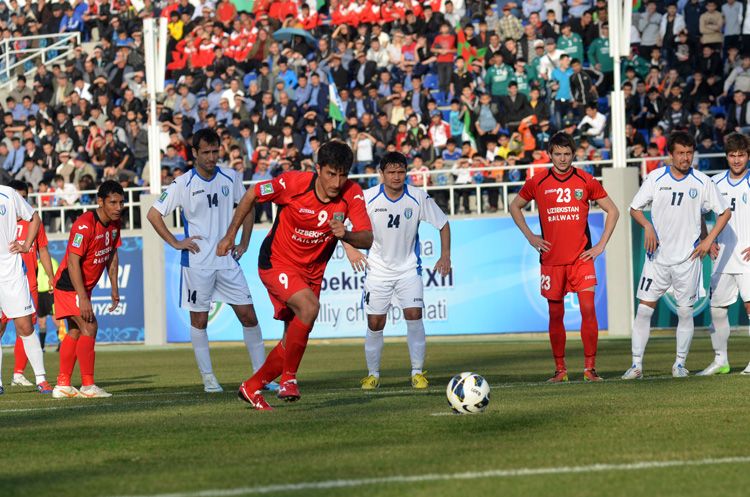 Lokomotive - Dinamo 3rd May. Tashkent. Lokomotiv Stadium. Kick off 17:00 Referees T.Tukhtasinov, A.Marajabov, U.Karimov, A.Rakhimov.
Lokomotiv and Dinamo previously played with each other in Oliy Liga (Uzbekistan Professional Football League)16 times. The Samarkand team has an advantage of winning 9 games against Lokomotiv’s 4 wins. 3 games finished with draw. The goal difference is also in favor of Dinamo 30:21. In mutual games Dinamo earned 30 points, while Lokomotiv got 15.
Lokomotiv’s highest winning score against Dinamo was 4:0. Dinamo’s – 5:0.

Lokomotiv won both leg matches in the last season. Lokomotiv’s wrapped up 3 points in Samarkand after it’s halfback Maksim Kozakov’s scored the only goal in the match 0-1. In the second leg match in Tashkent, Lokomotiv has defeated Dinamo with 3-1. Two goals scored by Aleksand Shadrin and one by Islam Tukhtakhodjaev gave Lokomotiv 3 points. Dinamo’s only reply was scored by Ivan Nagaev, who is signed in by Lokomotiv in this season.

Stat: Lokomotiv won 3 of 8 games played in Tashkent against Dinamo. Once (2010) the game ended with a draw in Lokomotiv Stadium. Dinamo defeated this rival 4 times in away matches. In the last five matches in their home ground Lokomotiv defeated Dinamo only once.