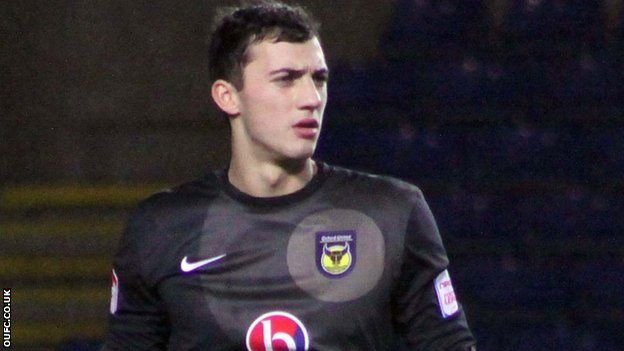 New Zealand U-20 goalkeeper Max Crocombe has assured his short-term future after signing a year-long contract with English lower league club Oxford United.
Along with striker Tyrone Marsh, the club has taken up an option for a further year with the two players and will discuss longer term deals over the summer.

The youngster earned himself the Golden Gloves at the OFC U-20 Championship in March following a standout showing with the New Zealand team, which went on to secure a berth at the FIFA U-20 World Cup which will be held in Turkey in June.

Crocombe concluded the 2012/13 League Two season with three consecutive clean sheets though had already impressed the club’s decision makers with his progression and commitment throughout the season.

“Max and Tyrone have both done well this season and deserve their chance,” Oxford United manager Chris Wilder said.

“They have worked at their game, listened to the right people and shown a lot of maturity. We are pleased that they will be part of the first team squad next season.”

And Crocombe himself is chuffed to be sticking with the club for another season.

“It has been a fantastic year. Both Ty and I have learnt so much and want to keep pushing on and improving as players,” Crocombe said.

“The club is putting a lot of faith in developing young players and we want to reward the confidence they are showing us by helping the team push for promotion next season.”

As well as further contract negotiations, Crocombe will also have Turkey on his mind as he looks to earn a spot in the New Zealand side which will participate in the FIFA U-20 World Cup.

New Zealand have been drawn in Group F alongside Uzbekistan, Uruguay and Croatia for the tournament which runs from 21 June – 13 July.