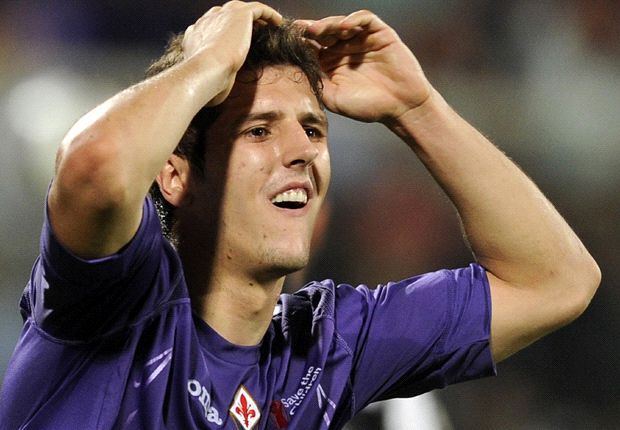 Stevan Jovetic must mend his relationship with current club Fiorentina as a move to Juventus looks increasingly impossible this summer, according to prominent football agent Eugenio Ascari.

Carlos Tevez and Fernando Llorente have swelled the attacking Bianconeri ranks ahead of the 2013-14 campaign, adding to a strikeforce that already has the likes of Mirko Vucinic, Alessandro Matri, Sebastian Giovinco and Fabio Quagliarella.

Following confirmation from Juve chief Giuseppe Marotta on Tuesday that the deal is dead, Jovetic is now expected to remain a Viola player heading into the new Serie A season and Ascari hopes that his manouevres to try to force a summer move can be put into the past.

"The climate between Fiorentina and Juventus is already not one of the most serene after they tried signing [Dimitar] Berbatov from each other," he told Lady Radio on Wednesday, referencing last summer's failed attempts to lure the striker from Manchester United by both Italian clubs.

"The Bianconeri also have treated only through the player's agent [Fali] Ramadani [and not with the club].

"I believe that what said Marotta yesterday afternoon was untimely. But because of this I see too many obstacles at this time to see Jovetic join Juve, so now I were him I would try to fix his relationship with Fiorentina."

The Montenegro striker, 23, currently has a contract with the Florence club until 2016.